Kentucky’s Appalachia is a vast area rich in history, heritage, and tradition.  The region’s beauty and bio-diversity have long been touted by outdoor enthusiasts and naturists since the time of Daniel Boone.  Retrace the footsteps of early settlers in the land of America’s first frontier as you minister and bring the love of Christ to people in very practical ways.

Poverty:  According to the statistics conducted by Appalachian Research Commission, one out of every three Appalachians suffered from poverty; their average income was 23 percent lower than the average level of American per capita income.  McCreary County is located in the Daniel Boone National Forest in southeastern Kentucky along the Tennessee state border. The only county nationwide where most households earn less than $20,000 a year, McCreary is the poorest county in both Kentucky and the United States.  [Jan 25, 2019] 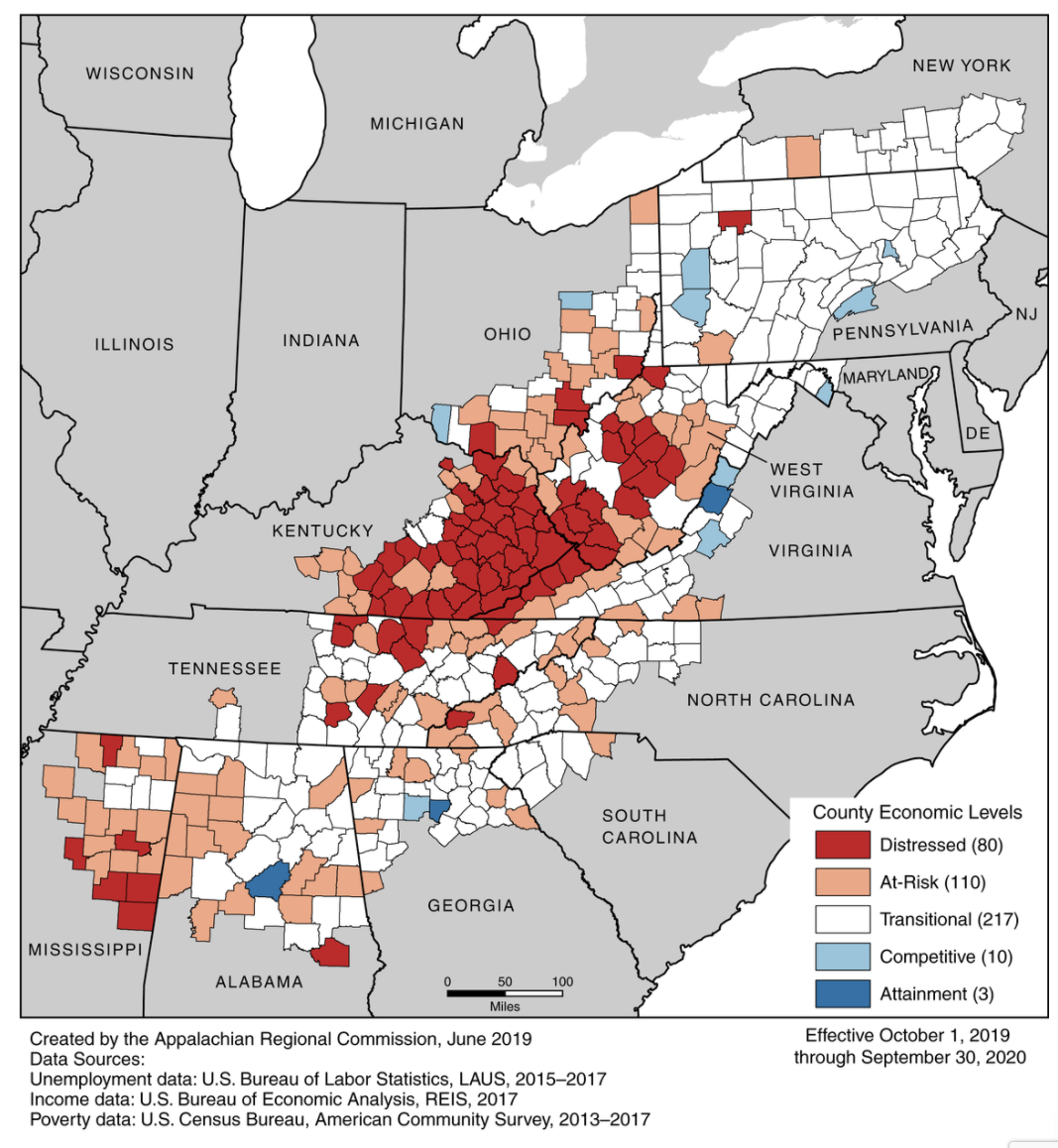 Climate:  Summer days are typically sunny warm and humid. Most areas of the region receive more than 60 percent of available sunshine during summer. The average daily high temperature for July is about 85° F.

Location:  The southeastern region of the state of Kentucky (bordering with the states of Virginia and Tennessee).  Kentucky is located in the south-central United States along the west side of the Appalachian Mountains, Kentucky ranks 37th in land size, with 39,732 square miles (102,907 square kilometers). The Commonwealth is bordered by seven states: Indiana, Ohio, West Virginia, Virginia, Tennessee, Missouri, and Illinois.

APPALACHIA BY THE NUMBERS 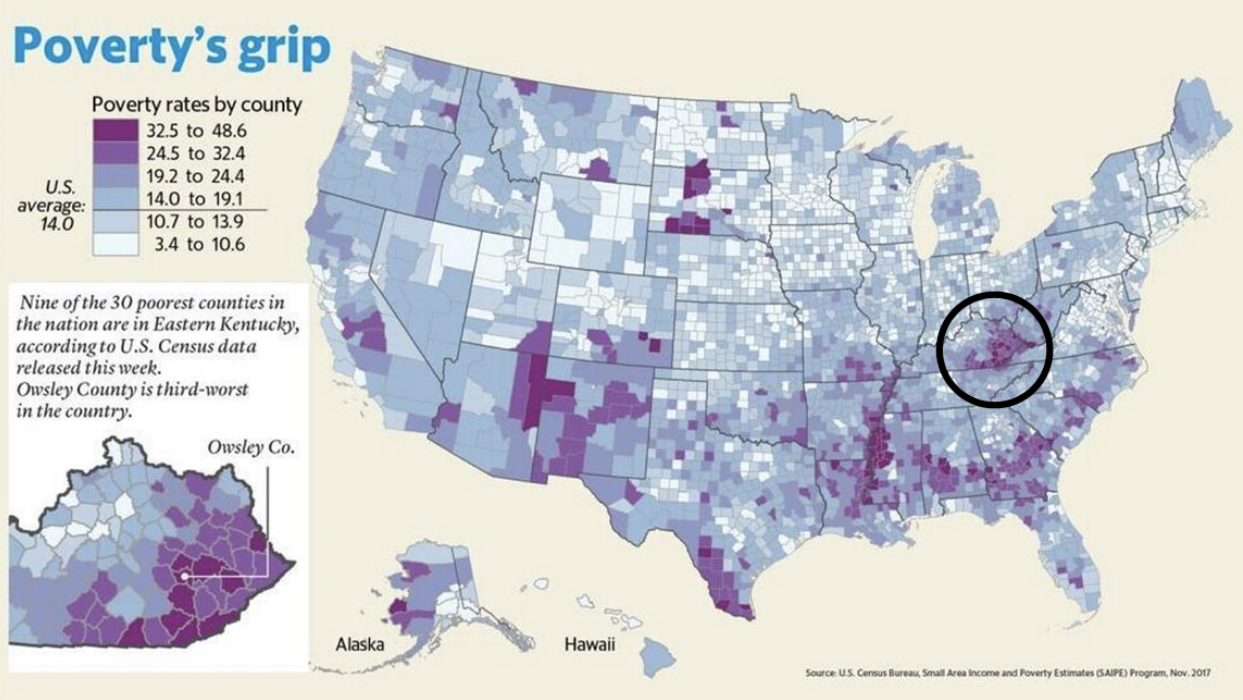 Register for your Appalachia Trip today!